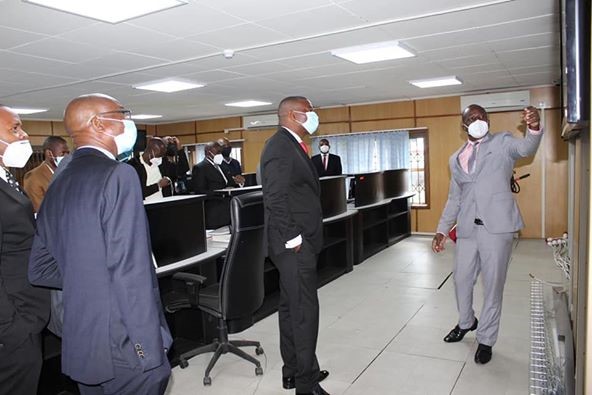 The newly appointed Minister of Information Hon. Gospel Kazako has called upon MACRA to ensure that it achieves it mandate of ensuring universal ICT access for all at a cheap and affordable price.

The call was raised during his familiarization tour to MACRA today.

“MACRA has a huge task of being an enabler of the country’s economy.

“People of Malawi have legitimate expectations from MACRA to ensure that communication services are affordable. These include mobile services, internet access and data charges, courier services as well as quality broadcasting should be made available to every Malawian” Hon. Kazako said.

Kazako further bemoaned the high cost of data in the coutry as compared to other neighbouring countries.

The minister has since called on MACRA to look into the high data charges.

The minister also noted that the Authority was highly politicized which led to failure in effectively discharging its mandate.

He has since called upon all employees to detest from politics and act professionally in discharging their duties.

Below are some of the highlights of the meeting.