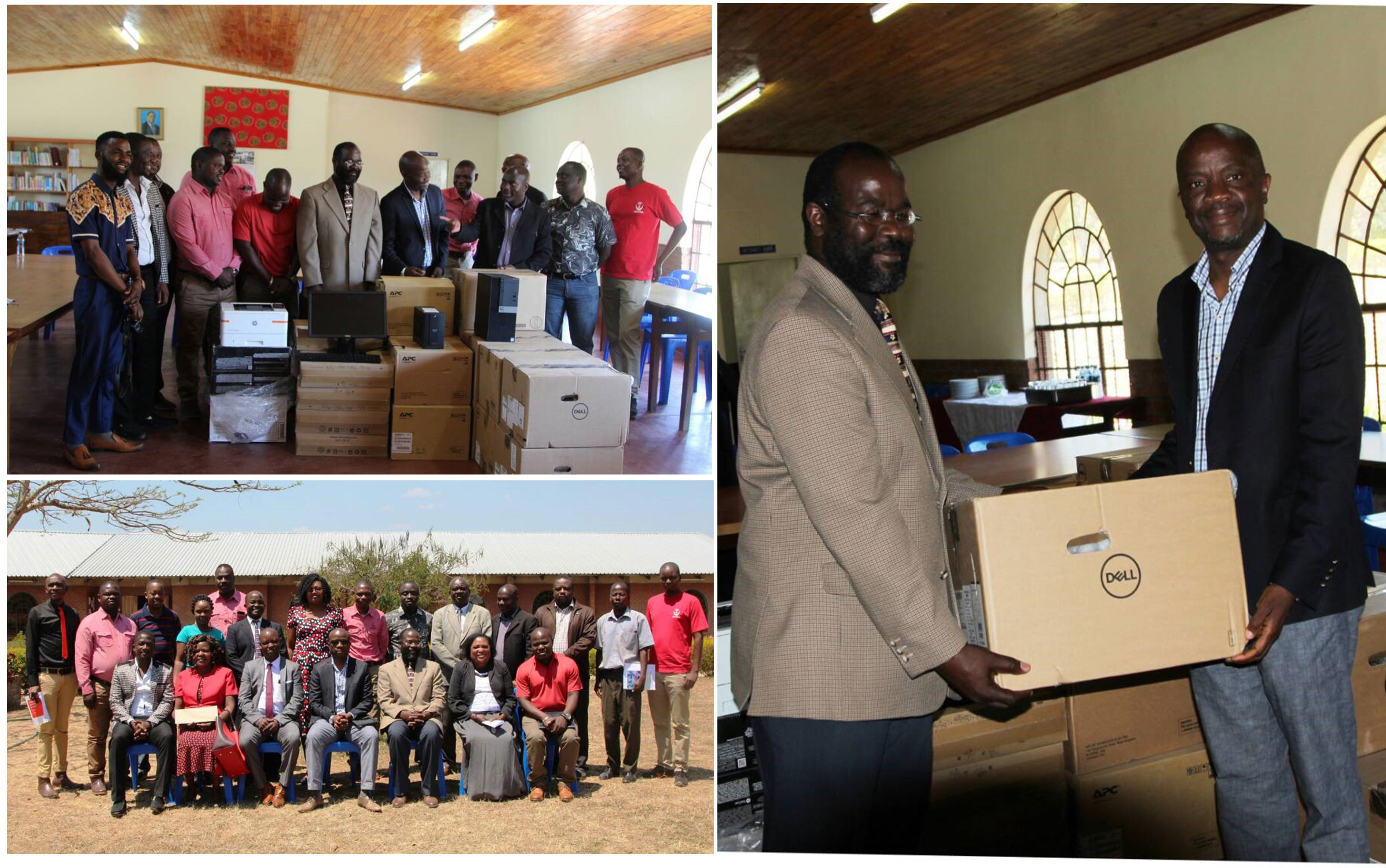 MACRA recently made donations worth over K29 million to flood hit districts of Mulanje and Phalombe.

Speaking during the presentation at both district offices, MACRA Board Chairperson Ms Lisa Makawa said MACRA learnt about the floods with great sadness and therefore decided to help the affected people so that they can eat and find shelter.

“MACRA is very concerned about these floods that have rendered many people homeless with others losing their loved ones. They should have been in their homes now working in their gardens and taking care of their families, especially children who go to school,” she said.

“We have brought bags of beans and maize flour, plastic paper for roofing and blankets,” said the Board Chairperson.

In total Mulanje district received materials worth over K21 million while Phalombe got items worth over K8 million.

Speaking on behalf of the District Commissioner, Desk Officer for Disaster Management Mr. Suzgo Gondwe said the office appreciated the assistance that MACRA brought to the district considering that it was the first time the district was handling a disaster of that magnitude.

“We thank MACRA for coming to our rescue. Apart from NGOs rendering assistance to us during these floods you are the only government organisation that has come forward to our rescue and we don’t take this for granted,” he said.

Mr. Gondwe said about 12,500 households have been left homeless and 7363 hectares of crops destroyed by the heavy rains. About 18 people were feared dead and over 264 injured.

Speaking after making the donation, Director General Mr. Godfrey Itaye said MACRA made the donation because it is its role as a regulator to promote ICT services in the country.

“You will agree with me that the ICT sector remains a promising and growing sector for employment and a key sector underpinning both national and international development,” Mr. Itaye said. He said MACRA draws its mandate from the Communications Act and the Electronic Transactions and Cyber Security Act (2016).

“In these Acts MACRA is required to regulate electronic communications, postal services and coordinate various aspects of electronic transactions.

“To achieve this, MACRA is doing all it can to support education institutions like Malawi Adventist University to improve the educations standards,” Mr. Itaye said.

He also encouraged the University to consider Computer Science as a faculty.

Receiving the donation Vice Chancellor of Lakeview College Dr. Emmanuel Kazembe said the University was grateful for the kind gesture MACRA has demonstrated through what he called a timely and valuable donation.

“The donation shall go very long way in assisting both learners and instructors of the University in their academic and related work. You can rest assured that we are going to put this to very good use,” Dr. Kazembe said.

As one way of encouraging girls to take ICT as a career, the Malawi Communications regulatory Authority (MACRA) has pumped in K1m towards this year’s girls science camp organized by The Malawi University of Science and Technology (MUST).

The camp is organized with the aim of motivating and inspiring girls to pursue science and technology related fields which the government of Malawi recognizes as an important driver to the Malawi economy.

Speaking at the hand over ceremony MACRA’s communications Manager Clara Mwafulirwa said it was the authorities mandate to promote ICT in the country adding that one of the aspects is encouraging girls through Girls in ICT initiative.

“All affiliates to International Telecommunication Union (ITU) join the international community to celebrate Girls in ICT and MACRA is party to that. We do conduct these celebrations every year where girls are motivated and inspired through different activities.

“We are grateful to MUST for coming up with this initiative and we are looking forward to partner with them in promoting girls in ICT.” Mwafulirwa said.

Mwafulirwa said the donation will carter for 10 girls during the entire camp of one and a half weeks.

In his remarks Acting Executive Dean of the Academy of Media Sciences, who is also the organizing chairperson of the camp Professor Wilson Mandala thanked MACRA for the gesture.

“The beauty is, we try to reach out to girls even from Community Secondary Schools. We also target girls from public Secondary schools and private schools. You might think that students from private schools are exposed to ICT but you could be shocked to learn that even them are not well conversant.

According to Prof. Mandala, the science camp started in 2016 with about 60 girls after the institution realized that most students taking science courses were boys.

MUST has around 35% girls enrolment across the board. The low enrolment according to Prof. Mandala has been always attributed to negative attitude towards science and technology by girl in Malawi.

The science camp is being held at MUST campus in Ndata, Thyolo