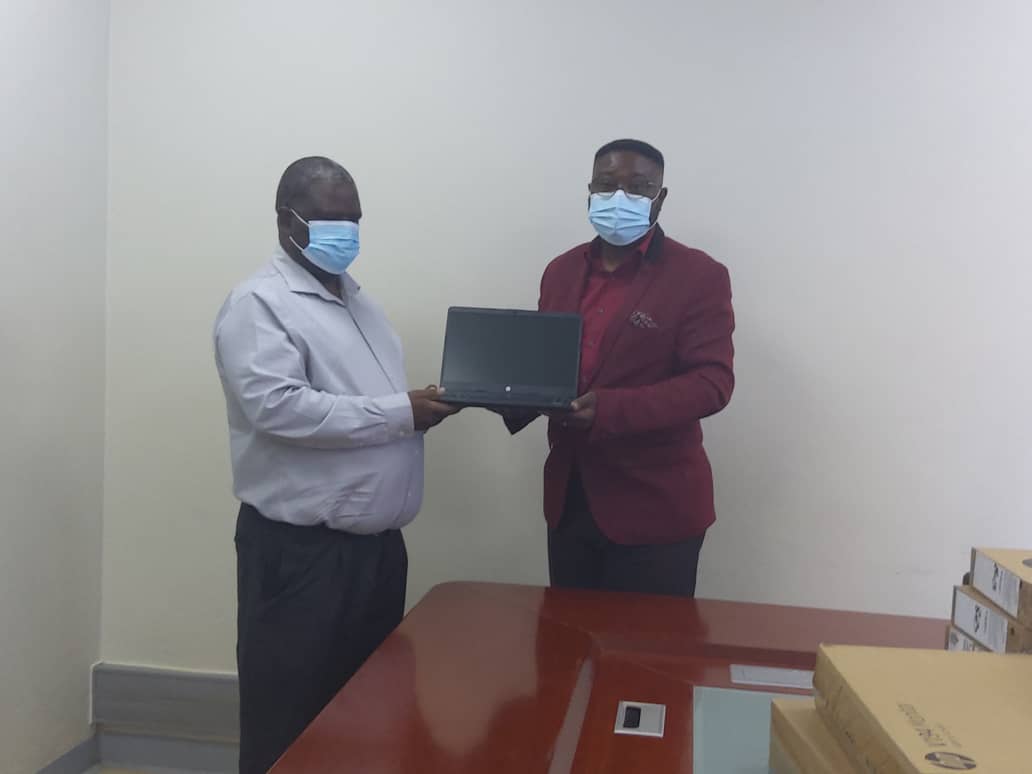 MACRA recently donated ICT equipment to the Cancer Centre at Kamuzu Central Hospital in Lilongwe. This was in response to a request the Centre made to the Authority. Presenting the donation which included 5 laptops, 2 desktop computers and a printer, Director of the MACRA Board Alekeni Menyani said MACRA noted the important role that the Cancer Centre is playing in the country and had to quickly respond to the request.
“As a Cancer Centre you do a lot of research and you need ICT equipment to effectively process your data; hence our response today with this equipment which we hope will ease the problems you have been facing,” said Menyani.
Receiving the donation, Director Menyani presents a symbolic gift to hospital director Jonathan Ngoma Hospital Director Dr. Jonathan Ngoma said ICT services are crucial in the operations of the centre and the hospital in
general.
“ICT services provide effective coordination among health officials as they attend to patients in the sense that when a doctor sends the patient to the lab the technician in the lab will have already received data even before the patient arrives.” When the doctor prescribes medicine, the pharmacist will get it online immediately. This is what we want and we thank MACRA for this kind gesture,” he said