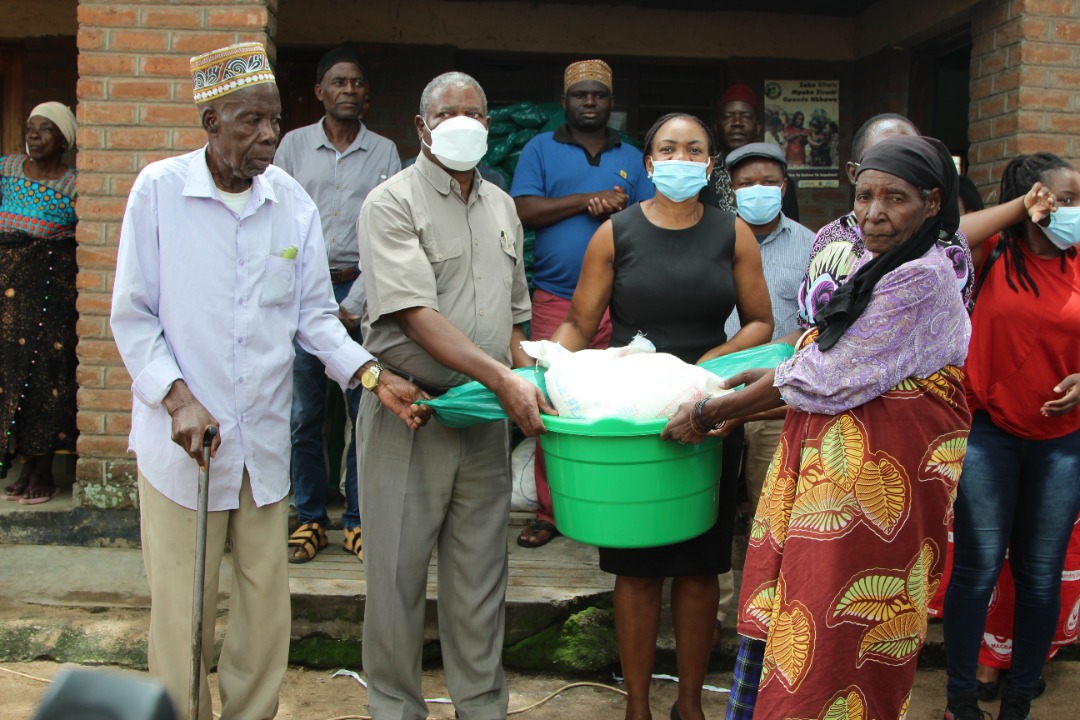 MACRA has donated assorted food, hygiene and building items to 200 house-holds affected by cyclone ANA from the area of senior Chief Mponda in Mangochi.

The donation, made today follows the declaration of state of Disaster by State President Dr. Lazarus Chakwera on 26 January 2022, where he appealed to local and foreign organizations to support the affected people and government in its recovery effort.

Speaking at before handing over the donated items at chief Mponda Headquarters In his statement MACRA’s Board Chairperson Stanley Khaila said MACRA always comes in to support people affected by various disasters because as an organization it is always concerned when citizen’s lives are affected.

Khaila said that no matter the size of the donation he believes that any item provided to support relief efforts makes a difference.

He further appealed for other organizations not to hesitate in coming up with their donations towards the recovery process.

Khaila also appealed to the beneficiaries not to sale the donated items as doing so has a potential to keep away other  well-wishers.

In his remarks, a representative for the District Commissioner, Owen Kumwenda said that the Council is pleased that well-wishers are coming in to support the Council.

“We have over 4000 people that have been affected by the heavy rains and winds caused by cyclone ANA, and most of these have no food or shelter and the council is overwhelmed to bring to normality the lives of the affected,” said Kumwenda

Kumwenda said following the donation by MACRA to-date 2000 out of the 4000 affected have now received support.

Over 1,000 households have been affected in Mangochi district alone.