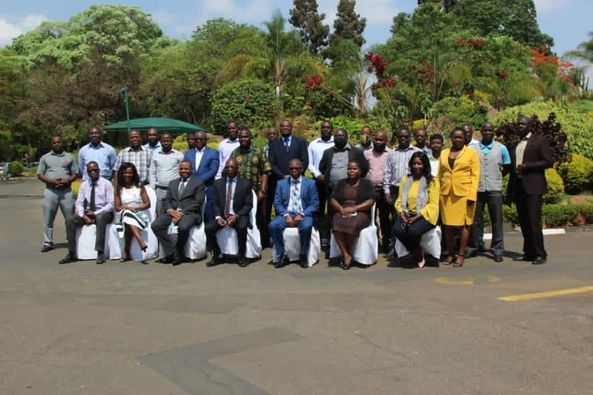 MACRA’s technical team is meeting with the broadcasting and telecommunications industry as part the world radio conference (WRC) consultative meetings.

In 2019 Malawi, a member state of the International Telecommunication Union (ITU) took part in WRC2019 which was held in Egypt. One of ITU’s major task is to Allocate and coordinate the global use of radio spectrum and orbits for satellite use with the aim of Harmonizing radio frequency and spectrum with minimal cross boarder spillage.

ITU achieves its tasks through such conferences as WRC where member states, world leaders and private institutions come together to discuss pertinent issues pertaining to the ICT industry.

*Among the resolutions which were made at WRC 2019 include; Agenda Item 1.4 where Malawi championed for the provisions necessary to allow SADC countries to reclaim their satellite orbital resources that were lost due to usage of satellite resources by the developed countries. Malawi franked by other countries in the region successfully pushed for this resolution, thereby enabling the re-acquisition of lost orbital resources. It is envisaged that through the critical infrastructure development program, Malawi and the rest of the SADC countries will be able to develop the satellite network and reduce the digital divide.

*A new Resolution on railway radio communication systems between train and track side (RSTT).– The resolution approved on Railway Radio communication systems to facilitate the deployment of railway train and track side systems to meet the needs of a high-speed railway environment in particular for train radio applications for improved railway traffic control, passenger safety and security for train operations.

Speaking at the opening function MACRA DG Henry Shamu stated the importance of such consultative meetings “we believe that the efficient use of radio frequency spectrum will improve the socio-economic lives of the people through the provision of affordable wireless broadband services.MACRA believes in the process of consultation. It is through this process that we can arrive at decisions that are inclusive and representative of the ICT industry as a whole” he said.

It should be noted that any changes effected at the WRC affect the ICT industry.